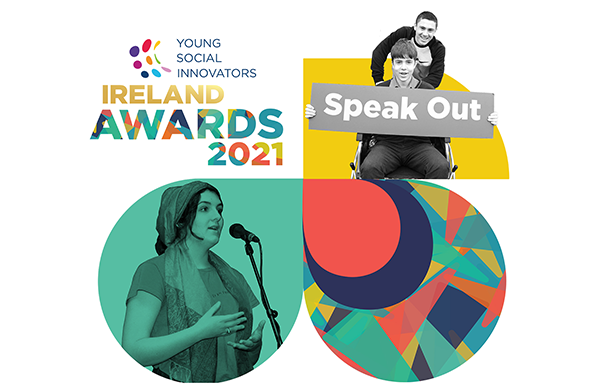 The Young Social Innovators of the Year Ireland Awards 2021 took place on 13th May celebrating thousands of young people who, supported by passionate educators, contributed to their communities in creative ways through YSI.

We are delighted to announce that the winners of Young Social Innovators of the Year 2021 are:

'Mercy Secondary School, Mounthawk, Tralee were crowned overall winners of Young Social Innovators of the Year 2021 for their ground-breaking 'Red Flags ‘Break the Silence’ project, which aims to tackle the issue of toxic relationships whilst encouraging young people to openly discuss relationships in a safe environment.

The students’ innovation to this issue involved providing tools for young people to identify toxic traits and characteristics in unhealthy relationships, educating their peer group on nurturing healthy friendships and romantic relationships. Through the use of their campaign acronym ‘D.E.T.E.C.T to P.R.O.T.E.C.T’, the students innovatively looked to represent and shine a light on common traits in both toxic and healthy relationships to create more understanding amongst their peer group. Working with Adapt Women’s Refuge in Kerry as well as Women’s Aid, the students launched their campaign aiming to ‘break the silence’ which saw them unveil an inspired relational mural for their school. The winning group also developed a specially curated SPHE lesson pack for schools, in addition to running a series of fundraisers for the associated local charities.

The Red Flags ‘Break the Silence’ team also were successful in receiving the Digital Innovators Award, supported by Virgin Media, for addressing online safety and wellbeing amongst young people.

The team will receive a prize bursary of €2,000, which can be put towards developing their idea and increasing the impact of their innovation.

The Abbey School, Co. Tipperary, were crowned Silver prize winners for their 'Use Your Head Use Your Helmet' project. The innovative project aimed to raise awareness of the prevalence of acquired brain injury amongst Ireland's young people with a focus on the lack of helmet wearing by young cyclists. The students created a prototype device to remind cyclists to wear their helmet when they sit on their bike, with the added benefit of having somewhere to store their helmet. In addition to creating the unique innovation, the students also coordinated a cycle safe programme for local primary schools highlighting the safe routes in the locality as well as cycling etiquette.

The team will receive a prize bursary of €1,000 which can be put towards developing their idea and increasing the impact of their innovation.

Coláiste Bride, Clondalkin were honoured with the Bronze award for their 'Brand New 2 You' project. The project team’s focus was on sustainable and ethical fashion and raising awareness amongst their peer group around the impact that fast fashion has on the planet. Working closely with Ireland’s National Sight Loss Agency (NCBI), the students’ overall aim was to introduce Ireland’s first #BrandNew2U week which would see schools participate to promote sustainable and ethical fashion. For the awareness week, the group hope to coordinate the first sustainable fashion show, up-cycling workshops, and decorate NCBI shop fronts with the intention of recruiting additional schools and charities in the coming years.

The team will receive a prize bursary of €750 which can be put towards developing their idea and increasing the impact of their innovation. 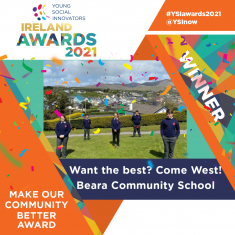 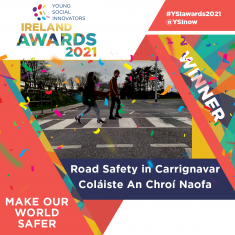 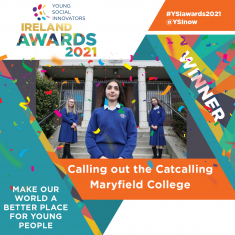 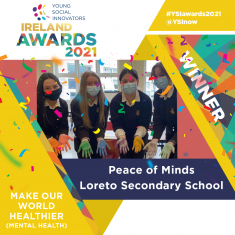 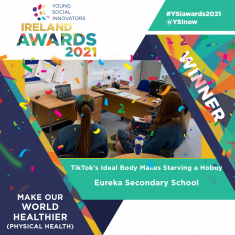 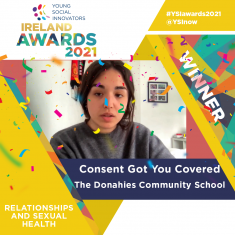 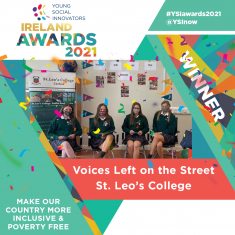 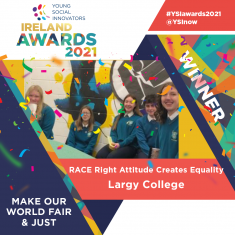 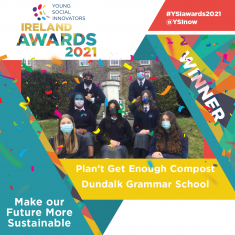 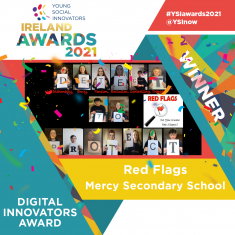 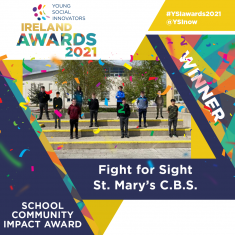 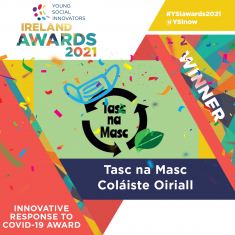 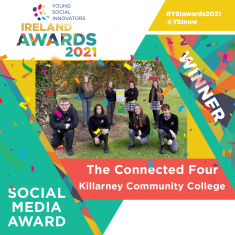 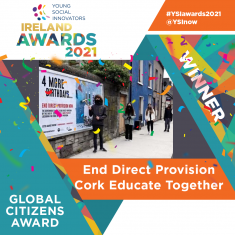 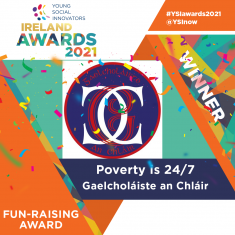