The title holders of the Young Social Innovators of the Year 2016, Global Citizens – Mapping the Future who are from Portmarnock Community School, Dublin, will represent Ireland in the prestigious youth entrepreneur contest, the SAGE World Cup in Manila this August. 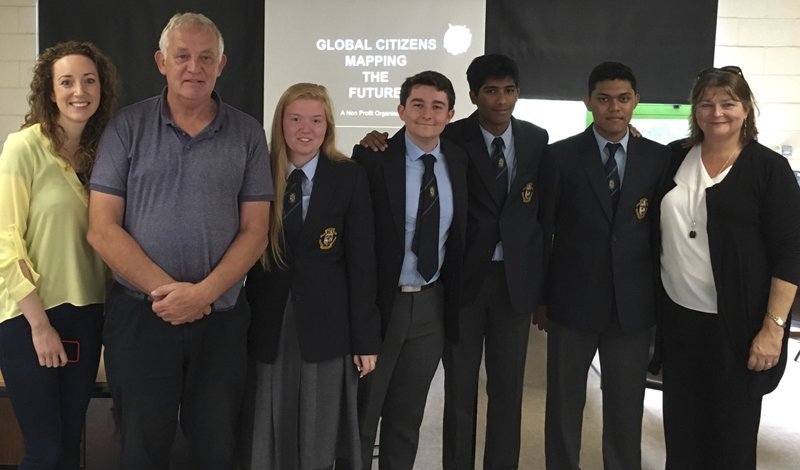 The team has worked hard to develop a humanitarian mapping community that can help countries to determine land boundaries. The team worked to digitally create an online map of Lesotho in Africa. The Minister for Local Government and Chieftainship from Lesotho visited the school to give her thanks to the students for their efforts and to emphasise the importance of the work the students are undertaking.

The team of intrepid Transition Year students developed their project as part of the Young Social Innovators’ Action Programme 2016. They were one of over 450 teams throughout Ireland to take part in this year's programme. The team was selected by YSI, which is the National Co-ordinating body for SAGE, to represent Ireland this year at the SAGE World Cup in Manila. The will make a 35-minute live presentation to a panel of business and educational experts about their innovative design and plans for the future. They will compete against other groups of young people from 20 countries around the world. The overall SAGE World Cup Winner will be announced on August 15th at a gala awards ceremony and the students will be accompanied to Manila by their teachers / YSI Guides, Colette Cronin and Niall Fitzgerald.

“Our YSI team has worked hard and is making real social impact. They are committed and passionate about what they are doing and we are looking forward to presenting this work at SAGE World Cup in Manila”, said Colette.

“This opportunity to go to the SAGE Global World Cup is exciting and nerve-wrecking all in one. But we really feel that we are making a difference now”, said Colin McAndrew, one of the Portmarnock students who will travel to Manila.

In 2014, the YSI team representing Ireland won the overall award at the SAGE World Cup in Moscow. Greener Globe from Tullamore College, Co Offaly took the top award in the Social Enterprise Business category at the SAGE World Cup. The team have now turned their innovative water conservation shower head into a business, with the product available to buy from their site www.greenerglobe.eu.

Young Social Innovators CEO and Co-founder Rachel Collier commended the team on their efforts, “This team exemplifies what teenagers can do when they are given the opportunity to innovate. They are addressing important issues and having substantial impact. It is very exciting to have a YSI team from Ireland celebrated on a world stage.

You can follow the team's progess on social media using #YSIsage.